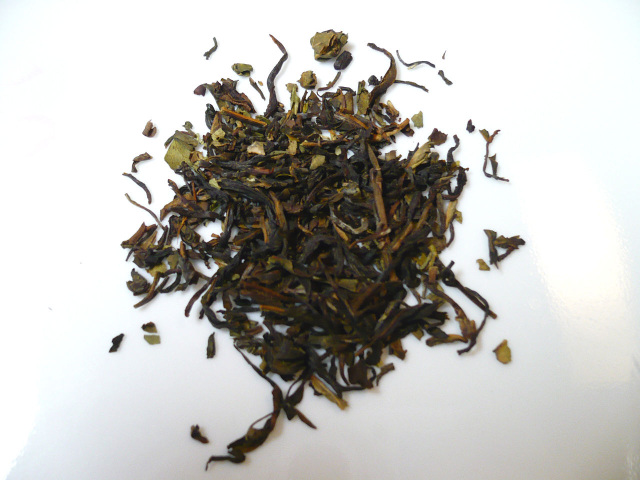 A rich and aromatic black tea

Nilgiri tea is generally described as being a dark, intensely aromatic, fragrant and flavored tea grown in the southern portion of the Western Ghats mountains of the Indian subcontinent. It is grown in the hills of the Nilgiris district of Tamil Nadu, though there are numerous other tea-growing districts in South India as well, including Munnar and Central Travancore, further south in Kerala state.

Great as blending ingredient for personalized beverages, fruit drinks or even milk blends.  It is considered a black tea even though the leaves have a slight green tint.
Enjoy it Hot or Cold!