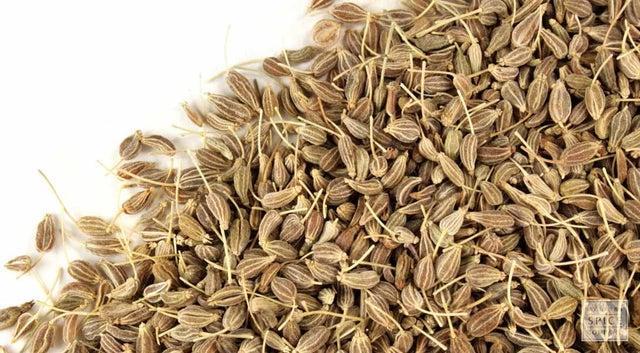 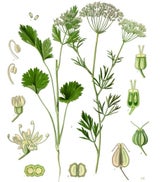 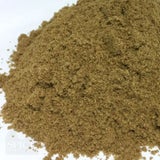 Both used as a spice or herbal remedy.

Add to Cart
The flavor and aroma of its seeds have similarities with some other spices, such as star anise, fennel, and licorice. It is widely cultivated and used to flavor food, candy, and alcoholic drinks, especially around the Mediterranean. Excellent on pizza, in red spaghetti sauce, and a touch added to any pork dish gives it a more aromatic after note!

As for it's medicinal benefits, Historical records show that the main use of anise in traditional European herbal medicine was for its carminative effect (reducing flatulence), as noted by John Gerard in his Great Herball, an early encyclopedia of herbal medicine:
"The seed wasteth and consumeth winde, and is good against belchings and upbraidings of the stomach, alaieth gripings of the belly, provoketh urine gently, maketh abundance of milke, and stirreth up bodily lust: it staieth the laske (diarrhea), and also the white flux (leukorrhea) in women."

According to Pliny the Elder, anise was used as a cure for sleeplessness, chewed with Alexanders, (another kind of Arabic seed) and a little honey in the morning to freshen the breath, and, when mixed with wine, as a remedy for asp bites (N.H. 20.72). In 19th-century medicine, anise was prepared as aqua anisi ("Water of Anise") in doses of an ounce or more and as spiritus anisi ("Spirit of Anise") in doses of 5–20 minims. In Turkish folk medicine, its seeds have been used as an appetite stimulant, tranquilizer, or diuretic.

An interesting note, other uses of Anise was builders of steam locomotives in Britain incorporated capsules of aniseed oil into white metal plain bearings (before the use of stainless steel bearings), so the distinctive smell would give warning in case of overheating.  Who KNEW?!
Anise can be made into a liquid scent and is used for both drag hunting and fishing. It is put on fishing lures to attract fish!  Can any fishers corroborate this?