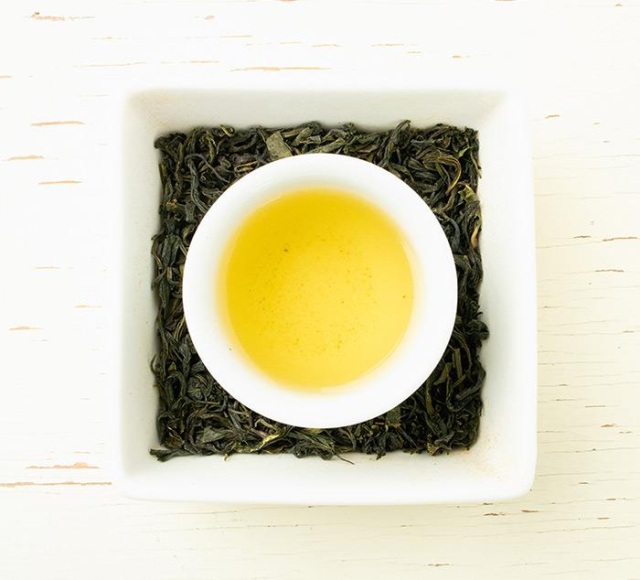 Add to Cart
One of my favorite stories....

It is said that Sun Wukong, the "Monkey King" (referred to in Journey to the West), often ate peaches and drank wine on Huaguo Mountain. One day he tired of his usual food and drink, and decided to go to heaven to enjoy the tea usually enjoyed only by the emperor and the heavenly queen mother. In the sky as he flew towards heaven, he saw a branch of a tea tree which he did not recognize. It was harvest time, but the Monkey King had no idea how to harvest the tea. Thankfully, a flock of birds passed by and asked the king what was the matter. The king said that he thought Huaguo Mountain was nice, but lamented its lack of tea trees. Hearing this, the birds helped him to harvest tea seeds. Each bird carried some seeds towards Huaguo Mountain. They passed through the high mountains, through the clouds and along the river. While they were flying above the Mount Lu, they were struck by its majesty and could not help singing. As a result of their distraction, they dropped their seeds dropped on Mount Lu. Tea trees soon took root, and grew evermore on the cloudy mountain.

Thus became the origins of Yun Wu (cloud and mist) tea....it is famous not only for its thin leaf and beauty, but also the fresh color, cool taste and attractive smell. It has won an outstanding reputation in both Hunan Province and abroad.