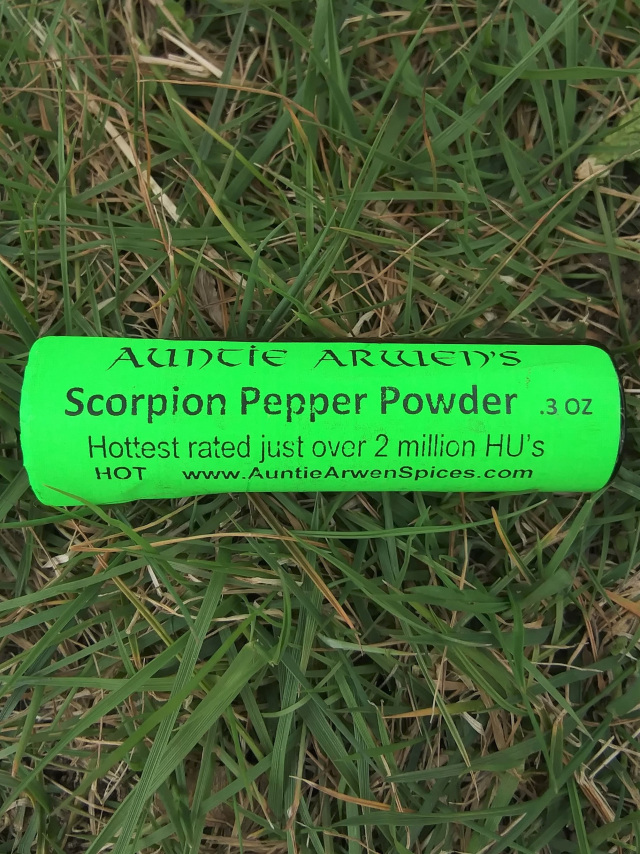 This pepper starts it's heat at over 1 Million on the Scoville Scale. We will only be carrying this in small quantities.

"Moruga Scorpion is grown on the island of Trinidad, and Tobago and named after the district of Moruga on the Southern coast of Trinidad in Victoria County. The Scorpion moruga chile pepper was tested by The New Mexico Chile Institute and achieved a Scoville rating of 2,009,231 surpassing the then World's Hottest Pepper, Trinidad Scorpion Butch T pepper grown by Butch Taylor."

No blends have any of this Scorpion pepper. You purchase it, you own it, and what you do with it. Don't allow this near kids. I like to use Olive Oil to kill the heat from these peppers. Look for the best way for you to relieve the burn before use.

Our standard jars (110 ml) holds approx 4 ounces of powder. As of this posting I have not jarred & weighed this product out.